Crime of the Week

If you have any information about these crimes or any person(s) involved, you are urged to call Crime Stoppers at 908-654-TIPS (8477) or submit a Web Tip .  You do not have to give your name.  CRIME STOPPERS will pay a cash reward of up to $10,000 and you can remain anonymous.

The Elizabeth Police Department is looking for help identifying the person who burglarized a business on the 300 block of Washington Ave early 9/8/17 morning.   Please click the link below to see the video.  If you can identify the person in the video please contact Det. Joe Carratala at 908-558-2069 or leave an anonymous tip.
Elizabeth Burglary Video

On Tuesday, September 5th at approximately 10 am, Elizabeth Police Officers responded to an armed robbery at the Jewelers on Fifth Jewelry Exchange inside the Mills at the Jersey Gardens Mall, 651 Kapkowski Rd.

In the video footage, the suspects can be seen entering Jewelers on Fifth brandishing weapons and taking a large quantity of jewelry. The suspects then fled through the Burlington Coat Factory.  Click the link below to view the video.

A black 4 door Audi was used in the robbery. Four of the suspects can be seen on surveillance video. Assistance from the public is requested to assist in identifying the suspects.

Anyone with information is urged to contact the Union County Crime Stoppers at 908-654-TIPS (8477) or by visiting www.uctip.org. Information shared is completely anonymous.

Crime Stoppers will pay up to $10,000 for information leading to the arrest and indictment/prosecution of the person(s) responsible for this crime. 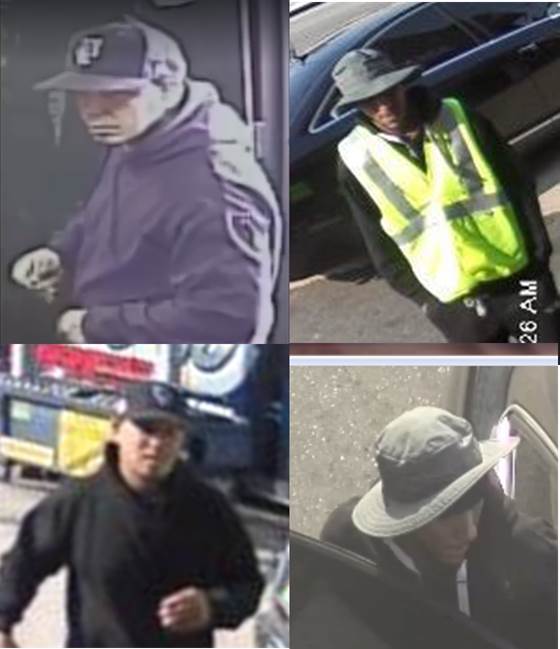 CONTACT INFORMATION:  Anyone with any information pertaining to this incident should contact the UC Homicide Task Force; Detective Sean Holcomb at 908-358-8377 or Sergeant Joe Vendas at 908-358-3048.

You can also contact the Union County Crime Stoppers at 908-654-TIPS (8477) or by visiting www.uctip.org.  Crime Stoppers will pay up to $10,000 for information leading to the arrest and indictment/prosection of the person(s) responsible for this crime. 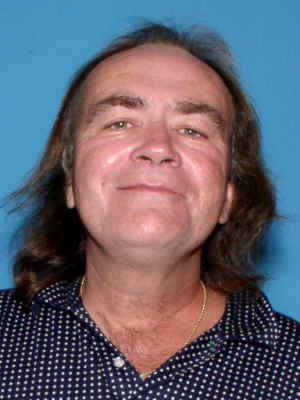 The Prosecutor’s Office today is releasing two surveillance video clips depicting the vehicle used in the commission of the fatal shooting of 27-year-old Anthony Henry.

Plainfield Police Division patrol units responding to the 1000 block of East Second Street at approximately 11 p.m. on Tuesday, May 2, 2017 found Henry there suffering from multiple gunshot wounds, according to the investigation. Henry was transported to Robert Wood Johnson University Hospital in New Brunswick, where he died due to his injuries at approximately 3:30 p.m. on Thursday, May 4.

The vehicle depicted in the video clips being released today appears to be a dark red, four-door Honda Civic. Multiple muzzle flashes can be seen emanating from the vehicle’s front passenger-side window before it abruptly speeds away.

The Union County Crime Stoppers also are continuing to offer a reward of up to $10,000 for information leading to an arrest and indictment/prosecution in this case; tips can be given anonymously by phone at 908-654-TIPS (8477or online at www.uctip.org.

The unknown individual on the attached video file, wearing blue pants and a white and grayish hooded sweatshirt, was the shooter and should be considered armed and dangerous.

Investigation indicates that this suspect got into A black 2005-2011 Volkswagen Jetta with a sunroof, wind deflector, five spoke alloy wheels, tan interior, and missing the front license plate.

The Union County Prosecutor`s Office Homicide Task Force and the Elizabeth Police Department are requesting help from the public in identifying the people being sought in two separate homicide investigations.

One video shows a man walking just before he turns a corner and shoots the 39 year old male victim who was sitting on the front steps of a building on the 200 block of Pine Street in Elizabeth, New Jersey on October 14, 2014.  Investigators uncovered surveillance video footage that appears to depict the shooter rounding a street corner near the site of the homicide seconds before the homicide.  This suspect appears to be wearing a black hooded sweatshirt, dark pants, beige boots and a belt with a large metallic buckle.  The sweatshirt looks white in the photograph but is actually black.

The second homicide occurred on October 19, 2014 in the area of Bond Street and East Sixth Street in Elizabeth, New Jersey. The shooter is described as a bearded man, 20-30 years of age, dressed in a dark hooded sweatshirt with white block lettering.  This suspect is seen exiting what appears to be a white minivan moments before the shooting. 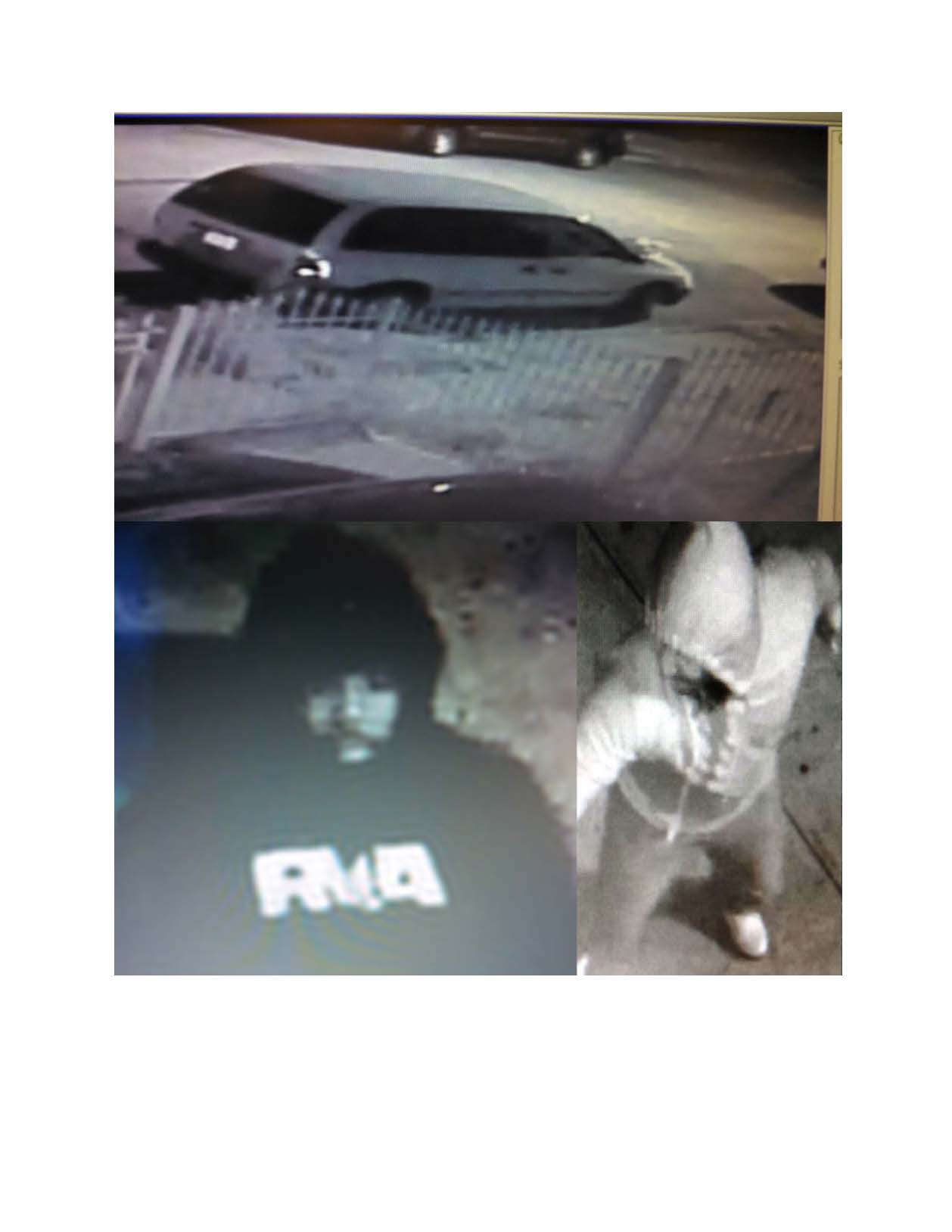 On December 25, 2013, the pictured individual, Rashad Daye, was the victim of a homicide on the 900 block of Prospect Street in the City of Plainfield

Anyone with any information pertaining to this incident should contact the Union County Crime Stoppers at 908-654-TIPS(8477).  Crime Stoppers will pay up to $10,000 for information leading to the arrest and indictment/prosection of the person(s) responsible for this crime. 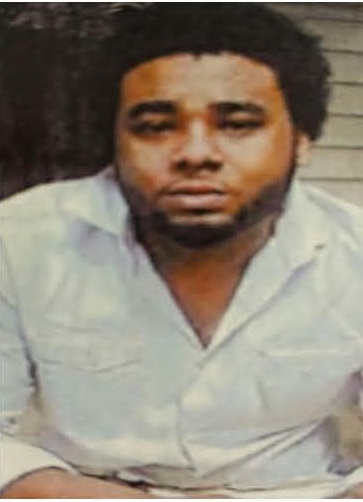 Derrol Nickles was assaulted and murdered in the area of 380 Irvington Avenue, Elizabeth, New Jersey on Saturday, February 11, 2012 at approximately 7:30 PM.

Anyone with any information pertaining to this incident should contact the Union County Homicide Task Force at 908-527-4500.

You can also contact the Union County Crime Stoppers telephone tip line at 908-654-TIPS (8477) or via the Internet at www.uctip.org

On October 4, 2011 Charles "Charlie" Panchery was found murdered in his home located near the intersection of Green Street and Summer Street in Elizabeth, New Jersey.

Anyone with any information pertaining to this murder should contact  the Union County Homicide Task Force at 908-527-4500.

Individuals with information can also contact the Union County Crime Stoppers telephone tip line at 908-654-8477 or through this website.

All tips are kept anonymous.

Tips that lead to the arrest and indictment/prosection of a suspect are eligible for a cash reward of up to $10,000. 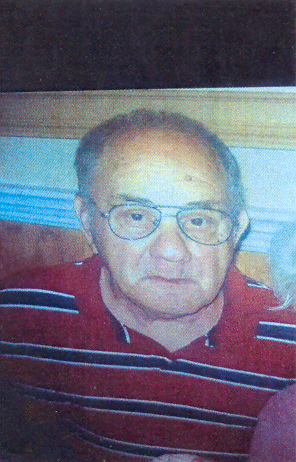